About Apache Kafka
Kafka is a distributed publish-subscribe messaging solution. It is fast, scalable, and durable as compared to traditional messaging systems. If you think about traditional publish-subscribe messaging system, producers produce/write messages to topic and on another side consumers consume/read messages from this topic. Kafka is designed in a manner where topics can be partitioned and replicated across multiple servers.
If you would like to get more detail please refer this link. 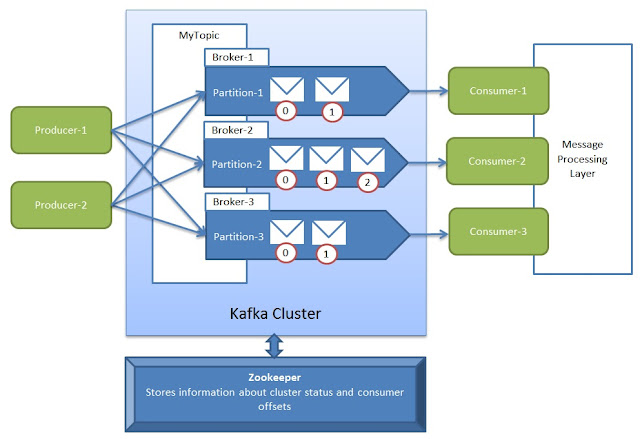 I referred this blog (source: http://blog.cloudera.com/blog/2014/09/apache-kafka-for-beginners/). It provides good and easy explanation about Kafka and its concepts.  Below two paragraphs are taken from same blog.

"Messages are simply byte arrays and the developers can use them to store any object in any format – with String, JSON, and Avro the most common. It is possible to attach a key to each message, in which case the producer guarantees that all messages with the same key will arrive to the same partition. When consuming from a topic, it is possible to configure a consumer group with multiple consumers. Each consumer in a consumer group will read messages from a unique subset of partitions in each topic they subscribe to, so each message is delivered to one consumer in the group, and all messages with the same key arrive at the same consumer."

"What makes Kafka unique is that Kafka treats each topic partition as a log (an ordered set of messages). Each message in a partition is assigned a unique offset. Kafka does not attempt to track which messages were read by each consumer and only retain unread messages; rather, Kafka retains all messages for a set amount of time, and consumers are responsible to track their location in each log. Consequently, Kafka can support a large number of consumers and retain large amounts of data with very little overhead."

Now you must have a question i.e. "How to setup Apache in windows environment?". Don't worry, I am stepping ahead to describe same. You just need to follow simple steps and you are done.

Download and Change Required Properties
1.   Download Kafka from here (kafka_2.9.1-0.8.2.2) and unzip at your desired location.
2.   Go to <kafka_dir>\config\server.properties file and change log file location property 'log.dirs' as per your environment.

3.   Go to <kafka_dir>\config\zookeeper.properties file and change data directory location property 'dataDir' as per your environment

Start Zookeeper and Kafka Servers
Kafka internally uses Zookeeper. If you would like to get more detail on Zookeeper you can refer this link.

First you need to start Zookeeper server. To start it, execute below command:

After executing above command you must see below message on command prompt: 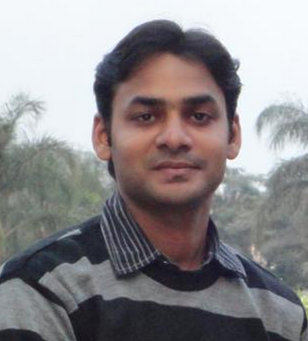